Hello! Today I am doing something different, a tutorial of how to make quidditch armor. I want to straight away say I am sorry I don't have progress pictures from the last steps but I will try to explain how I made them. I also want to encourage you to test out different techniques because there probably is something faster and more convenient way of making them. This is just how I made my armor~ 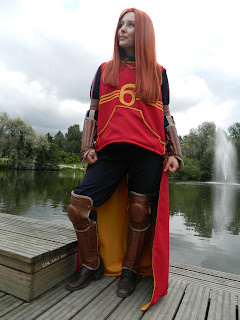 1. First of all I made the patterns of the armor and modified them until I was happy how they looked. This took some time to figure out. When I was happy with the patterns I cut them out on craft foam.
2. For my armor I used leather from a jacket that I found at a thrift shop for quite cheap. I just placed the craft foam peaces on top and cut out peaces that were slightly bigger then the foam peaces. For the arm peace I cut out two peaces, one for the wrist/ hand part and one for the arm. 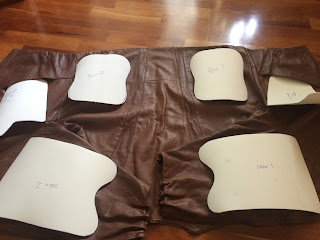 3. Because the armor has this "bumps" I just took an old t-shirt and cut some strips out of it. I rolled the peaces and glued them on the backside of the leather peaces. Here a pic: 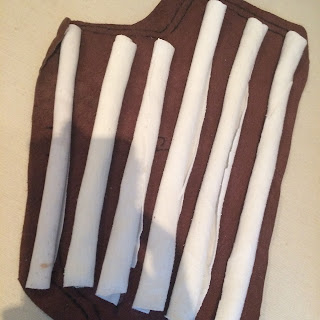 4. After I had glued all the peaces I started to pin the leather peaces on to the foam peaces.(Don't forget to do this to the leg peaces also!)
5. Then I just started to sew....and sew and sew.... This part was the most time consuming and left my fingers very hard. I recommend making the holes beforehand with some kind of bigger point( I used a small scissor) this way you don't hurt your fingers too much. I also recommend  looking some movies or tv shows at the same time...

Here some pictures from when this part was done~


6. So it was this when I stopped taking pictures because I was starting to get on a hurry to finish them.... But the next step was to make the knee pads. I made them out of thicker foam that I first covered with leather. Here a drawing of the process ... I hope you can make some sense from it..... 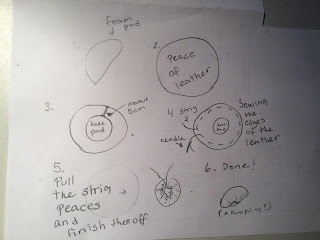 7. Then I just sewed them on the knee parts.


8. Now I started making the straps. I actually just cut some leather straps about 6 cm wide and glued the edges inside. I wound recommend sewing them but I didn't have time at the moment. 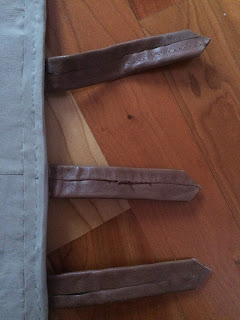 9. Then I just placed the straps where they belong: 3 In each arm , 2 On each leg and 2 on each knee part. And don't forget to make the other side where the straps are tightened and so on. I used glue and those paper holding things. as you can see on the pictures below: (again I would recomend sewing them) 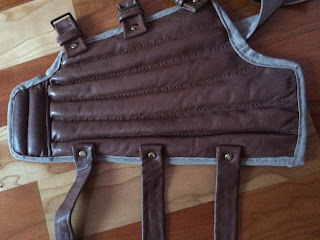 10. Then a made the beige parts. I used an old jacket I had laying around and took peaces that were a little to the side. I made my own bias tape like this. You can find tutorials on the internet on how to make bias tape so I am not going to b every specific how I did it. The good thing about bias tape is that it is very stretchy. I also cut some peaces to cover the craft foam in the back. Then I just sew everything on place: 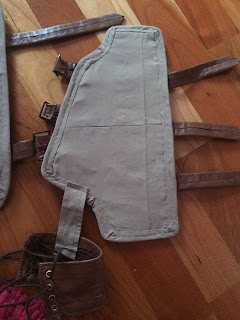 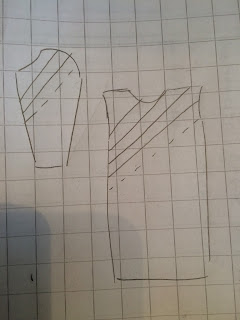 11. And then I was finished! Yay! This was very time consuming! but I think it was worth the time! 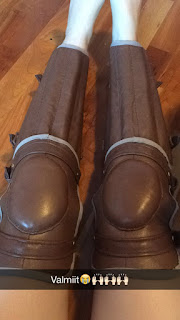 I hope that This tutorial was helpful for someone! If you need help on something specific just write a comment down below!!❤️

Nice to meet you ~